← Happy Birthday with a five-second delay….
“But the truth is a very… →

Yes, Virginia, there is a Paulette… 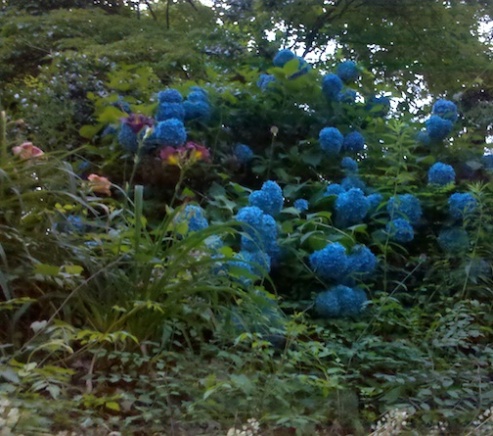 Another sick day, which makes it difficult to blog. My thoughts have consisted primarily of: “Is it time to take another dose of Mucinex? This Mucinex tastes like crap. I hate that my skin smells like Mucinex. I think i’ll lie down for a while. Snore.” The sum total of my creative output today has been figuring out how to order something from Golden House Chinese restaurant that was both Daniel Fast and Weight Watchers friendly. (Steamed vegetables and vegetable dumplings though the white flour in the dumpling skins fail on the first count.)

On the positive side, I’m reading Virginia Woolf’s The Voyage Out on my inherited Nook. I had started to read The Waves, but my head felt too full of cotton to really appreciate it. In fact, I found it downright annoying. But The Voyage Out has just enough of a narrative thread that I can dip in and out of it in between naps. And what a surprise to find Clarissa and Richard Dalloway who I just finished visiting with a few days ago.

I journalled about Virginia this morning, about her fierce desire to live despite the mental illness that plagued her throughout her life. I can’t imagine just how flat out tired she must have been on the day she committed suicide. She’d fought her way back from the brink so many times without aid of modern science or medicine. I wonder what her life would have been if there was Zoloft. That she managed to be so creative in spite of her breakdowns always is amazing to me. And I think the correct term is “inspite of” not “because of” though there are those that are fond of equating genius with madness. I have no evidence to back this up, but I think in her case genius instead came from an enormous capacity for empathy, an enormous curiosity. She wanted to get inside people and write them from the inside out. I realize this empathy didn’t necessarily translate to her non-literary life, but the curiosity definitely did.

It is odd to like someone so much—I mean to like her as a person—when she died so long ago, when what I know about her is mostly through the eyes of others (even though I’ve read her diaries, they were highly edited by her husband), and when I know for certain that our paths would never have crossed due to reasons of class and race. Still, I consider her a friend. Which is probably why her voice is so welcome in my ear today when all I want to do is lie under blankets and sleep and dream and sleep some more.

Posted on January 11, 2012, in Uncategorized. Bookmark the permalink. Leave a comment.

← Happy Birthday with a five-second delay….
“But the truth is a very… →